The world has seen major efforts to reduce death and disease in young children in recent decades. Maternal and child nutrition has improved globally since the early 2000s. Children up to age 5 today are in better health than previous generations.

That’s all good news. Yet in low- and middle-income countries (LMICs), not all young people have benefitted from the same progress.

“School-aged children and adolescents have largely been ignored in research, policy, and programming. So they haven’t seen the same improvements,” says Prof. Zulfiqar Bhutta, a scientist in the Joannah & Brian Lawson Centre for Child Nutrition at the University of Toronto, who is also co-director of the Centre for Global Child Health at The Hospital for Sick Children.

These children remain especially vulnerable to undernutrition, obesity and micronutrient deficiencies, with harmful long-term consequences. “The steady and notable increase in overweight and obesity among adult rural populations worldwide is a cause for alarm,” says Prof. Bhutta, who is also a professor of Nutritional Sciences at U of T.

Many LMICs face an epidemic of non-communicable diseases, with roots in maternal nutrition and pre-school years, and in lifestyle and dietary factors that affect school-aged children and adolescents.

What food influences and environments are at play in these countries? Prof. Bhutta is studying those factors. Results of this work will be instructive for nutrition and child health policy in LMICs, and here in Canada.

What’s the scope of the problem?

Food environments are the surroundings, opportunities and conditions that affect a person’s food choices.

In many LMICs with large populations that are urbanizing fast — such as Pakistan, Nigeria and Ethiopia — we don’t have a good understanding of the impacts of food environments on the nutrition of children and adolescents.

Globalization has also brought many changes, further complicating the picture. New food processing techniques and international supply chains have increased access to highly processed, packaged foods, which many children are consuming outside the home.

As well, policies in past decades focused on keeping young children alive, so school-aged children and adolescents were not captured in routine surveillance or national surveys.

We also don’t yet have standardized measurement tools or indicators for assessing adolescent nutrition. Without that information, it’s much harder to design interventions for better diet-related health outcomes during key windows of opportunity in a child’s life.

To address these problems, Bianca Carducci, a PhD student and research coordinator on Prof. Bhutta’s team, says we need better data. That includes information on measurements such as:

What are U of T researchers learning?

There is burgeoning literature on current and emerging food environments in LMICs, and their effects on health. But policy makers need up-to-date findings drawn together, so they can see and understand the current ‘big picture.’

Prof. Bhutta is working with his colleagues, including Lawson Centre Prof. Daniel Roth, to synthesize those findings. (1) They reviewed nearly 25,000 articles and narrowed them down to 300 that relate to the food environment in LMICs, at the household, community and school levels. They will publish their findings later this year.

The researchers also looked at the specific issue of malnutrition among adolescent girls in LMICs. This problem can create a double burden — poor health outcomes for the adolescent herself and sustained intergenerational effects.

The research on adolescent girls showed that self-reported daily consumption of nutritious foods was low. On average, 16% of these children consumed dairy, less than half ate meats and fruit, and 37% consumed vegetables. In contrast, many girls consumed energy-dense and nutrient-poor foods four to six times per week, including sweet snacks (63%), salty snacks (78%) and fast foods (23%). Almost half reported daily consumption of sugar-sweetened beverages, and well over one-third reported skipping breakfast. (2)

These latest findings highlight the poor diets of adolescent girls in LMICs, and underscore a notable shift toward “Westernized” diets, which may be gradually replacing more traditional ways of eating.

The work also emphasizes the need for consistently measured and standardized indicators, and dietary intake data that are nationally representative. An overall goal is to develop tools to help assess the food environment of school-age children and adolescents in various settings across the world.

Beyond what they have learned to date, Prof. Bhutta and his colleagues are testing evaluation options by undertaking large-scale population-based assessments of health, nutrition status, and the food environments of children aged 5-19.

How is the Lawson Centre advancing understanding from the lab to society?

In January 2020, Prof. Bhutta’s team hosted an international technical workshop at SickKids with over 50 attendees to discuss findings, standardized metrics and recommendations.

The event included several leading academics in nutrition and global child health, and representatives from the Global Alliance for Improved Nutrition, World Health Organization, Nutrition International and the United Nations, among other institutions.

The group reviewed existing frameworks for describing food environments and how they intersect with food systems, which include all activities related to food production to consumption.

They came to a working consensus on key elements of the current frameworks, which could be synthesized into a universal approach for defining and measuring food environments in LMICs.

And they mostly agreed that people should be at the centre of this new conception — a potentially crucial change that many experts say has led to progress in how to think about other major health challenges, such as HIV/AIDS.

Putting people at the centre of thinking about food enviroments means their health and nutrition needs come foremost, followed by policy variables, economic imperatives, food system factors, and so on.

The workshop group plans to publish their recommendations in a leading scientific journal, and will share the outputs of their workshop at international conferences over the next year. 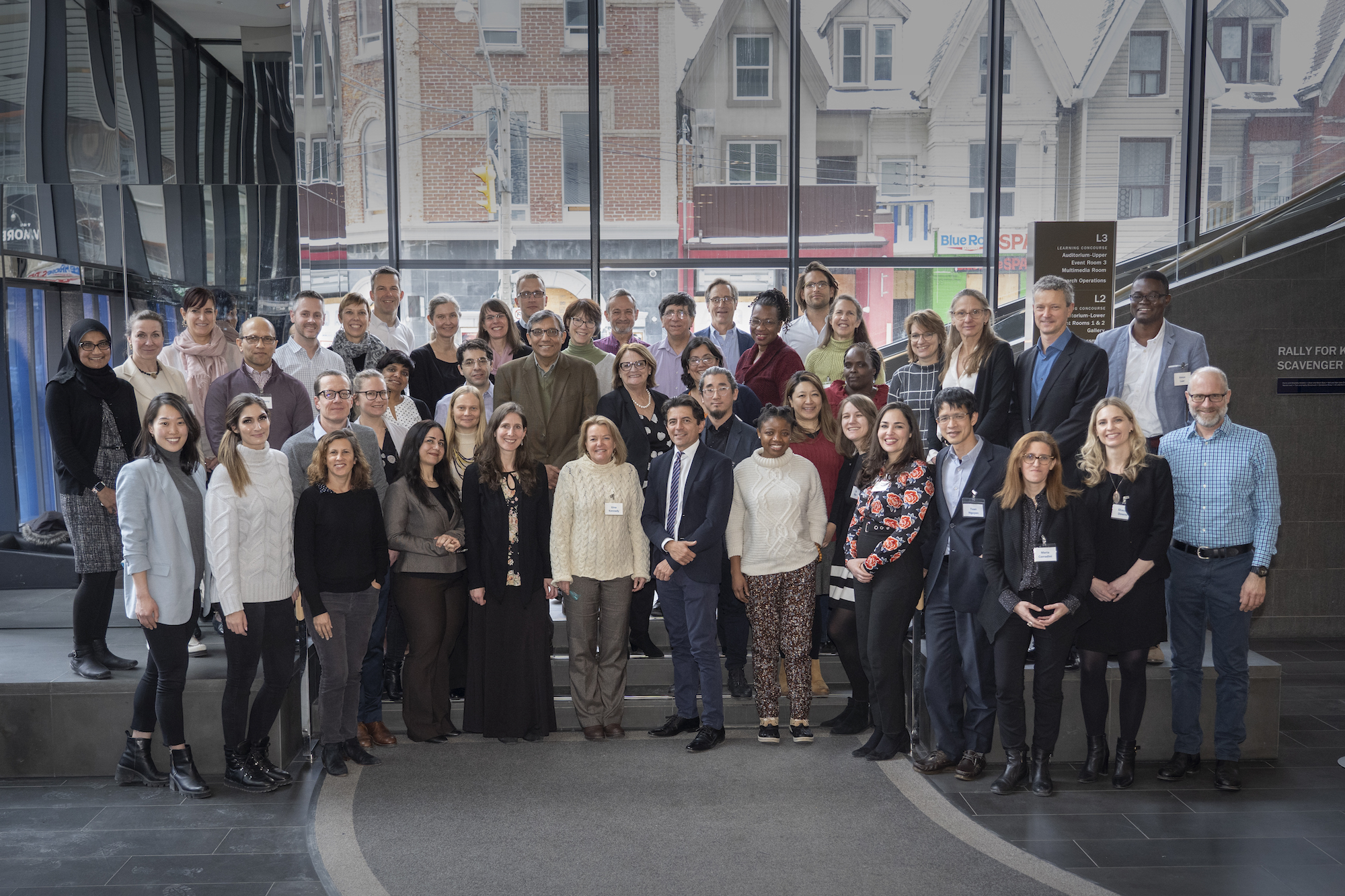 What can be done to make a difference?

We need buy-in from funding bodies to monitor food environments, and from governments to develop and enforce national, regional and municipal policies — especially in the school setting. That’s true in LMICs but in Canada as well.

“The concept of a food environment is universal, and things like mass media and marketing are becoming increasingly similar across the globe,” says Dr. Emily Keats, a research associate on Prof. Bhutta’s team.

“Malnutrition, including overnutrition, is a global phenomenon, so a better understanding of food environments and how to improve them is relevant everywhere,” she continues. “This is critical to preventing non-communicable diseases and other nutritional disorders.”

Researchers at the Lawson Centre including Professor Mary L’Abbé are working with colleagues in more than three dozen countries across the income spectrum to better measure food environments.

This rapidly expanding network, called INFORMAS, recently refined a tool for tracking corporate commitments related to obesity, improved data on the cost of a healthy food basket and is now looking at the impact of social media on food environments.

Insights from INFORMAS and other efforts to monitor the factors that influence food choices in all countries will inform work in LMICs, which in turn will offer new global perspectives.

“The technical workshop was very useful and a big opportunity to inform attendees about the work we are doing on food environments in Ghana and Africa,” says Dr. Amos Laar, who leads INFORMAS in Ghana and also MEALS4NCD, which measures public sector actions in Ghana that create healthy food marketing and environments.

How can concerned citizens get engaged?

Canadians could learn more about issues and policies that affect our own food environments, says Prof. Bhutta. Examples include recent proposals on nutrition labels and front-of-package ratings that quickly allow consumers to assess foods. Another important topic is the link between family income and household food insecurity.

Consumers can also raise their awareness about the nutrient content of foods, and use this information to minimize unhealthy food purchases. And parents can be more involved in schools and communities on issues such as food industry advertising to children, school food programs and vending machine access.

Prof. Bhutta is optimistic about progress, here and abroad. He marvels at how his Canadian colleagues represent all parts of the world, and are doing work that matters to the entire planet. The issues he’s exploring appeal to Canadian sensibilities, he suggests, from a commitment to equity to the rights of the downtrodden. “I think the world needs more Canada,” he says. 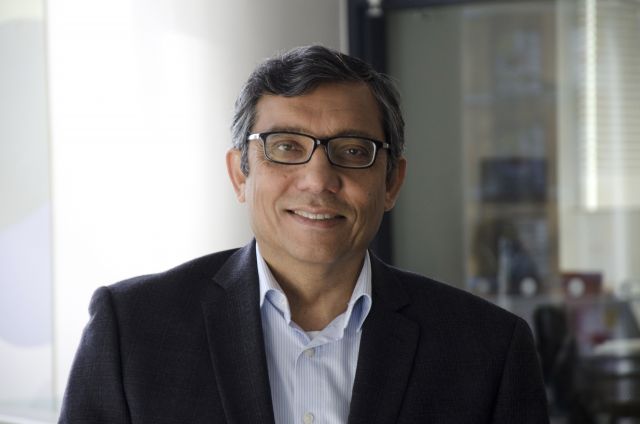 Prof. Zulfiqar Bhutta is part of the Joannah & Brian Lawson Centre for Child Nutrition, a network of researchers and educators affiliated with the University of Toronto. Together, they’re working to improve child health and prevent obesity, malnutrition and chronic disease. Three departments in the university’s Faculty of Medicine — Nutritional Sciences, Family & Community Medicine, and Paediatrics — lead the Lawson Centre. The goal is healthier children living longer through better nutrition, in Canada and around the world.

Advancing Public Policy is a Lawson Centre series examining the wider impact of U of T Medicine’s child health research.